Flipping the Record:  Moving from ERP land to Intelligent Automation 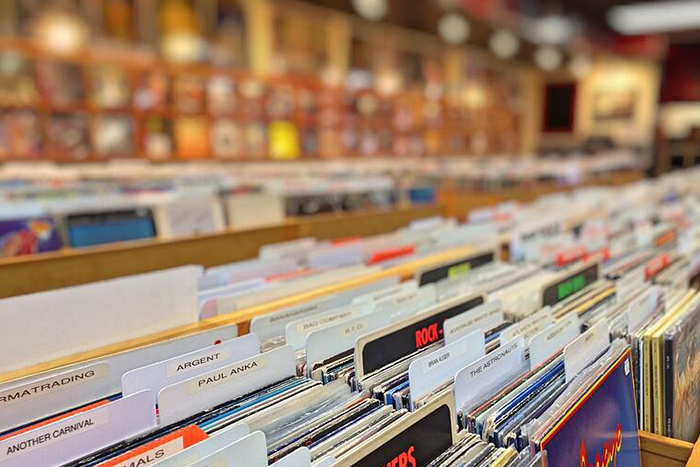 Your Time Is Gonna Come

When the great Led Zeppelin landed in America at Christmas in 1968 singing about the good times and the bad, they also told us that our time was ‘gonna come.   When I first heard the term “RPA” a few years ago, I couldn’t help thinking that its time was going to come.  Sure, I knew that basic screen scraping technology had been around for a while, and things like Excel macros/VBA made it easy enough for me to code or record some basic spreadsheet functions, but this felt like something different.  I was smack in the middle of “side 1” of my career, busy transitioning from a young analyst out of college, to an associate project manager (a self-appointed title), to a full-fledged PM leading large global software implementation engagements.  I lived in what I like to call “ERP land” – implementing technologies like core financial applications, reporting suites, financial planning software, as well as HR and payroll solutions.  The big excitement at the time was the move to the cloud, and yet, ERP systems and implementations already felt a bit commoditized, a trend which has only intensified in recent years.  I couldn’t stop thinking about the promise of other emerging technologies.

Well, in Led Zeppelin’s case, the band took America and the world by storm for a solid decade after their breakthrough and changed the course of music forever.  For intelligent process automation technologies like RPA, the changes are sure to be just as impactful on the future of work but are happening at an even faster pace than on the music scene.

When I was able to get some deeper exposure to the way that process automation technology can be deployed and interact with the ERP systems I was busy implementing, I was hooked.  How could anyone not be excited about technologies classified as emerging, that even have the potential to help with some of the age-old problems related to integrations of traditional enterprise applications?!

So finally, in late 2018 after meeting with THE Ashling Partners, I flipped the record to close out side 1 of my career in ERP land and dropped the needle on a fresh pressed side 2.  I can’t tell you how refreshing it is to be part of such an exciting space as Intelligent Automation.  Leading companies are beginning to realize the benefits of automation technologies at scale, software vendors are receiving massive investments and growing at record-breaking pace, and I bet you can’t go a day without seeing terms like “AI” or “RPA” in the news.  The ecosystem is changing fast, and it is exhilarating to be part of it all.

What Is and What Should Never Be

The second important piece of my transition into the Intelligent Automation space is our company, Ashling Partners.  The last thing I wanted was to hear the song remain the same and continue implementing technologies, whether ERP or anything else, without a real tangible sense of business value being delivered to client organizations.  And unfortunately, there is still some proliferation in the market of technology implementations simply for the sake of that technology being new.  This is where the Ashling approach is different, and I truly believe superior.  We focus deeply on process discovery, educating, and building and deploying automation, but the conversation always starts and ends with business outcomes.

I hope you’ve seen our company’s favorite quote by now:

“The first rule of any technology used in a business is that automation applied to an efficient operation will magnify the efficiency.

The second is that automation applied to an inefficient operation will magnify the inefficiency.”  -Bill Gates

Led Zeppelin didn’t invent the guitar-led 4-person band set, but they sure as heck came close to perfecting it based on how they brilliantly chose to deploy their instruments in that setup.  Similarly, Intelligent Automation space is not so exciting because of the technology itself, but because of the benefits that can be realized by strategically using that technology, and I for one can’t wait to continue to explore the possibilities.

I feel like a teenage rock fan must have felt in late 1968, and the best is yet to come; time to Rock and Roll!