Program over Project: 4 Considerations for Establishing a Successful RPA Program 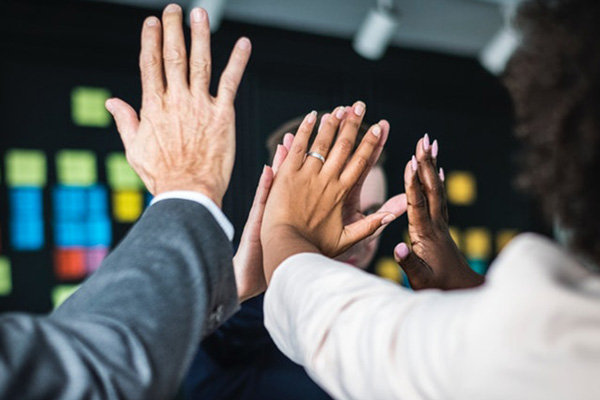 In school, we don’t go from mastering addition to learning calculus.  It just doesn’t make sense.  Similarly, organizations should be methodical in the order of how they expand their program and capabilities.  For example, most organizations find success by starting with a Proof of Concept or several Pilot processes to understand the capabilities of RPA and prove out the concept.  Once confirmed, migrating the processes to enterprise grade, identifying and building additional processes, and putting into place a Center of Excellence are logical next steps.  Once these are in place, it may make sense to begin developing the expertise with internal staff to take over maintenance.

I have seen organizations that go from a POC to trying to own the entire effort themselves. Up to this point, I have not seen success with this approach.  The following are reasons this has led to failure or slow progression.

In some cases, the program begins to fizzle as more and more processes are migrated into production. This is due to the complexity of managing and maintaining the processes while trying to expand the program. Difficulties may arise if a long-term strategy, organization model, governance model, and standards are not in place to enable the program to mature and succeed.

Strategy and oversight should be established when transitioning between various RPA states.  Some of these stages including proving out RPA, building additional processes, establishing a Center of Excellence and Robotics Operating Center, expanding capabilities and governance, and continuing innovation.  During each of these junctures, a firm foundation and vision for the future must be established to be successful as the program matures.

Considering the Return on Investment

Many processes reduce costs, increase revenue, or improve quality or compliance.  It takes time to get resources trained, infrastructure setup, processes clearly defined, and standards developed.  While this is taking place, the return on investment and business objectives that could be realized are delayed.

A few years ago, I was in the market to buy a house.  For many homes, you had only a day or two to decide if you were interested in the house and make an offer before it was sold.  Without a real-estate agent who could look at comparable homes and give perspective on how much to offer, I would have been lost and missed out on the home we were able to purchase.  It is similar with RPA, without someone to guide you through the initial steps and phases, the investment of time and resources will be slowed down and the impact that could have been made is minimized or potentially never achieved.

While starting my career at Accenture, I had a leader that taught me an important principle.  We did not have enough memory on some of our servers and performance was extremely slow.  Our team tried to multi-task while processes were running, but it led to inconsistencies and forgotten steps.  I informed him of this issue and he quickly approved the additional memory.  He gave zero push back.  It was not the quick approval that I think of, but rather his reasoning for the approval.  He said that memory is cheap and labor is expensive.  His goal was to make each of his team members as efficient as possible to reduce costs and enable continued productivity.  Spending a little on memory enhanced our ability to deliver effective results and our superior was willing to make that investment.  Likewise, RPA drives similar results when investing in the right software, support, and skills at the right time.  This carefully considered investment will establish a foundation that will carry through into the future and make your program more likely to achieve continued success.

Difficulties typically arise as organizations seek to expand beyond one or two departments.  The level of oversight, coordination, and protocols becomes even more important as the program expands and matures.  Things to define and clarify during expansion include operating model, roles and responsibilities, process identification and prioritization, process development and management, technology standards, innovation ownership, and change management.  While small, these do not need to be fully vetted and thought out.  However, as the program grows, these areas will become increasingly critical to the success of the program and the value the initiatives will provide.

RPA silos throughout enterprise departments become even more apparent as a RPA program matures.  I have worked with organizations that were unaware that other departments were leveraging RPA.  This resulted in them leveraging multiple RPA and machine learning software vendors to fulfill their automation goals.  Due to these silos, the Center of Excellence did not have the capacity to organize and govern the RPA efforts as they should. Overseeing the program became extremely complex as functionalities between the vendors differed, versions of the software were not standardized throughout the organization, security and infrastructure requirements differed, and training was minimal due to the myriad of capabilities that were needed.

Each organization needs to ensure that their Intelligent Automation efforts are properly organized and coordinated.  Although implementing Intelligent Automation may seem simple, this powerful capability is much more complex than RPA software vendors would lead you to believe.  Greater success can be found when a strong foundation is established, the Return on Investment for process automation is evaluated, expansion is strategized, and a unified RPA program is established.  A centralized body should govern the program and strategically expand the capabilities throughout the organization.  If this is not done, governance will become a nightmare, adoption will be minimized, and the objectives sought will not be fully recognized.

For more information on how Ashling Partners can help your company to establish a successful RPA program please contact us here.