What you can learn from Nick Saban about Process Automation 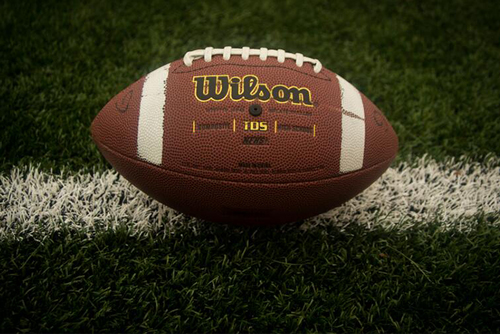 I was in Alabama last week at a client. If you are a sports fan and you are in Alabama, it is impossible not to think about the prowess of Alabama football.  5 Championships in 9 seasons will do that. All successful coaches are praised for their leadership abilities and those traits are frequently correlated over into business.  If you do a quick search on “Nick Saban Leadership” there are plenty of links to “9 leadership lessons”, “5 leadership lessons” and “3 leadership lessons” that all help translate what he does and how you can be a more effective leader like him.

However, what Coach Saban is probably most known for is “The Process”. It is about doing the right thing, the right way, all the time. In fact, if you search on it, you will get plenty of results that all break down their understanding of his process. Coach Saban is quoted describing the process as follows:

“Don’t look at the scoreboard, don’t look at any external factors, just all your focus and all your concentration, all your effort, all your toughness, all your discipline to execute went into that particular play. Regardless of what happened on that play, success or failure, you would move on to the next play and have the same focus to do that on the next play, and you’d then do that for 60 minutes in a game and then you’d be able to live with the results regardless of what those results were.”

Good consulting firms understand that it is not just about the automation, but also about the process. Throwing technology at a problem is not the solution.  Improving a process, and then automating the tasks within that process is a more effective answer.

Most recently, Coach Saban was named one of the “World’s 50 Greatest Leaders” in the May edition of Fortune Magazine

As we have previously stated, automation needs to be about empowering the employee and allowing them to focus on making informed decisions with data, not processing the data.  Coach Saban also believes in making it personal.

Build a culture of continuous improvement

The Fortune article states how, despite all of Coach Saban’s success, he believes in continuous improvement…

"The coach’s willingness to constantly evolve can be seen both on and off the field. As college football has moved to spread offenses in recent years, for instance, Saban changed both his offensive approach (faster pace, more use of spacing) and defensive recruiting (to target quicker, more agile athletes)."

Leveraging Technology to Improve 'The Process'

We also agree with Coach Saban about the use of technology where possible to help improve the process.

"Saban is also open to using technology to gain an edge. A few years ago Alabama began using a GPS system from a company called Catapult to track the performance and workload of its players. Comparing, say, a player’s top speed or acceleration in practice with his past performance can help determine if he’s getting worn down late in the season. After Alabama lost to Clemson in the final minute of last year’s championship game, Saban felt his team was tired. So before this year’s playoff, he asked head trainer Jeff Allen to crunch the GPS numbers. The data showed that, indeed, the Tide had seen a drop-off in overall performance against Clemson. Saban studied the results and decided to adjust his traditionally rigorous postseason practice routine to keep the players fresher. This year, it was Alabama that won on the last play."

Just like Saban, organizations can also leverage technologies like Robotic Process Automation and Cognitive capabilities to enhance their 'Process'.

So, now we can be part of that long list of people who say you can learn some good lessons from Nick Saban.  Focus on the process, look for constant change and innovation and leverage technology where possible.

Now get out there and win your own championship…